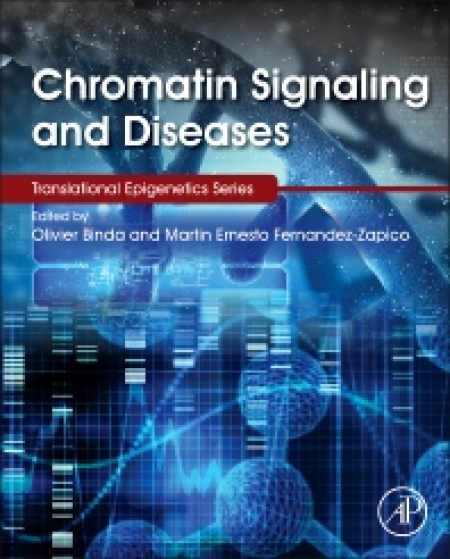 Chromatin Signaling and Diseases covers the molecular mechanisms that regulate gene expression, which govern everything from embryonic development, growth, and human pathologies associated with aging, such as cancer. This book helps researchers learn about or keep up with the quickly expanding field of chromatin signaling.

Although sequencing of the human genome was completed over a decade ago and its structure investigated for nearly half a century, molecular mechanisms that regulate gene expression remain largely misunderstood. An emerging concept called chromatin signaling proposes that small protein domains recognize chemical modifications on the genome scaffolding histone proteins, facilitating the nucleation of enzymatic complexes at specific loci that then open up or shut down the access to genetic information, thereby regulating gene expression. The addition and removal of chemical modifications on histones, as well as the proteins that specifically recognize these, is reviewed in Chromatin Signaling and Diseases. Finally, the impact of gene expression defects associated with malfunctioning chromatin signaling is also explored.